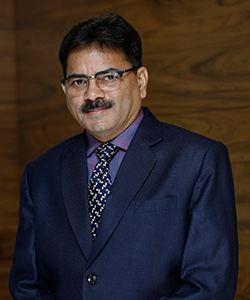 Chetan Prakash served as President and Country Head of Agency Channel in Bajaj Allianz General Insurance company limited. He took an early retirement from Bajaj Allianz in the month of Sept 2020 after serving in various positions for 19 years. He has put in 32 years in General Insurance Industry, having started his career from National Insurance Company limited as Direct Recruit Office ( AAO) in the year 1988. Though he worked in various Channels, Functions and capacity his first love always had been Agency Channel which is largest channel of distribution in General Insurance Space. In addition to his professional life he is a avid sports persons. His love for Badminton, Cricket and Table tennis. His latest love at present is Painting. He rediscovered his passion for painting post his early retirement. Thanks to his darling daughter Prerna, who pushed him hard to re start his childhood passion of painting. He has embarked on this artful journey and he is doing fairly well.

Call Us WhatsApp Us